Sebastian Stan was left stunned when two Captain America: Civil War fans got engaged during a photo opportunity with him. 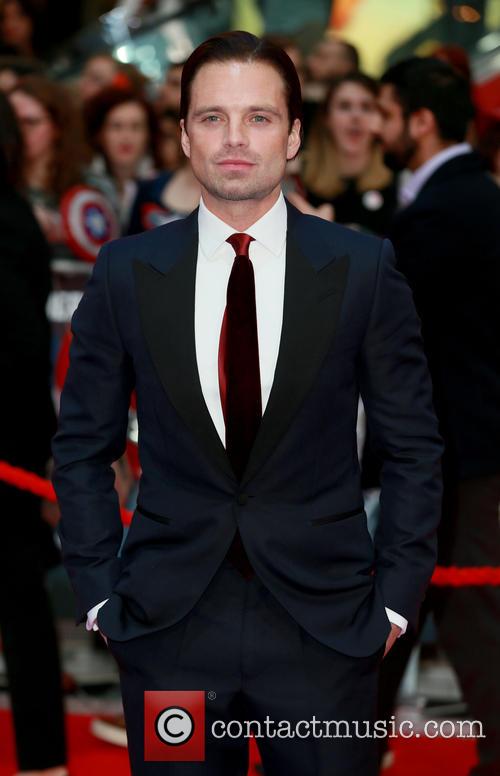 The 33-year-old actor plays James Buchanan 'Bucky' Barnes/Winter Soldier in the comic book movie adaptations. The films have a dedicated fan following, with many choosing to show their love for the franchise by dressing up for the Wizard World Philadelphia fan convention at the weekend.

Sebastian was a guest at the event, and took part in a photo opportunity session with fans. Two who were very eager to pose up with the actor were John Felix, 33, and his girlfriend Natasha Marrero, 23, who had travelled from North Carolina for the convention. The first snap of the pair with their idol showed Natasha in a joke embrace with Sebastian, as John stood sulking nearby. But the next shot showed John down on bended knee, popping the question as Natasha screamed in shock and delight. Sebastian's reaction was also clear to see, as he placed his hands behind his head and looked on as the scene unfolded.

Luckily, due to the photo opportunity setting of the proposal, everything was caught on camera, and consequently shared on Natasha's Tumblr page.

"Needless to say Sebastian was as shocked and excited as I was since he took out his phone and recorded everything hahahaha this could not have been a more perfect trip!!!!"

In a later post on Tumblr, Natasha revealed she and John had already invited Sebastian to their upcoming nuptials.

"Sebastian Stan, is one of the most genuinely kind people I’ve ever met, who is truly appreciative of his fans," she wrote. "He was scheduled to do autographs at 3:45 today. While on break walking around, he saw a bunch of his fans in line already waiting around 1:45, so he came up and said 'you guys want some autographs?!' and sat down with no security guard or staff around.

He remembered us from yesterday and got super excited, hugged us both and congratulated us after we told him he’s invited to the wedding lol (laugh out loud)... I love this man!"