January 2021 has certainly given us a lot to talk about as well as delivering up some great new music.

The first month of the year has already packed a punch both via the events that have taken place around the World and the music that has been released. We have a new President of the United States, the UK has finally left the EU after years of negotiations, vaccine roll-outs have begun across the globe and Donald Trump was (Better later than never) banned from Twitter. Glastonbury and Coachella have sadly had to cancel their huge events due to the ongoing risks with the CoVID19 pandemic. SOPHIE, the creative artist and producer, has tragically died in a freak accident. Halsey has announced that she's expecting a baby and news that Harry Styles is dating House star Olivia Wilde broke earlier in the month. Foo Fighters have been busy ahead of the release of their new album, Rag 'n' Bone Man returned with All You Ever Wanted and Lana (Amongst other things) released the title track of her up coming album, Chemtrails Over The Country Club. That's not all, January also gave rise to some other new music, and this is our pick of the bunch. 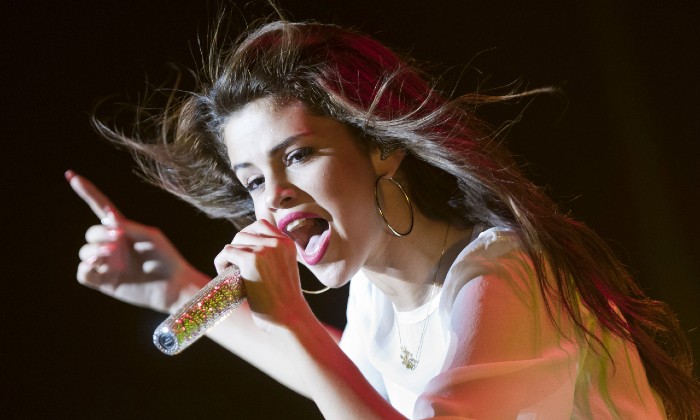 Selena came true to her word in January delivering on a decade old promise to record and release Spanish-language sung songs, not once but twice. With the singles De Una Vez and Baila Conmigo(ft. Rauw Alejandro). Gomez delighted her huge fan base with the songs she has been teasing for an eternity. The two tracks she dropped in January precede a seven track EP due out later in the year, and we can't wait.

Shame's second album, Drunk Tank Pink dropped to the delight of fans on the 25th of the month. The eleven tracks showcase a band that have under gone reassessment and come out stronger because of it. "On Drunk Tank Pink Shame have channeled their mixed emotions of the recent past, used the unhealthy negativity they have experienced and come together to deliver up a striking new album that both surprises and satisfies in equal measure." There's a good reason we gave it four stars and called it out as excellent, that's because it is.

Arlo Parks, a sensation in 2020 as she came to the fore with her relaxed, soulful style released her stunning debut album, Collapsed In Sunbeams at the end of the month. Parks, a longlist contender for the BBC's Sound Of 2020 made a real breakthrough in 2020 with her impressive set of singles that included, Caroline, Green Eyes, Hurt and Black Dog. Collapsed In Sunbeams cements the tremendous work she has done over the last twelve months and heralds the start of what's likely to be a great career in music.

Sleaford Mods, aided in part by Billy Nomates and  Amy Taylor, vocalist of antipodean punks, Amyl and the Sniffers, released their sixth studio album in their inimitable 'style'. The brash and forthright Nottinghamshire duo gave the thirteen tracks of Spare Ribs to the World on January 15th to a great reception. "Jason touches on unemployment, racism, institutions, non-creatives and even acid rain over the course of the entire album, as well as continually showing disdain and intolerance for the Tories. His heartfelt vitriol is what drives the impassioned performance on Spare Ribs and it's what makes it such a compelling tour de force".

Goat Girl - On All Fours.

Goat Girl's second album, their follow up to the terrific eponymous debut, "veers away from confrontational lyricism" and uses "music to explore humanitarian, environmental and mindful wellbeing" Goat Girl have given us a break from the norm on their latest album, they've not been satisfied with remaining the same and they've dared to be different. On All Fours is not a Post-Punk album, it's an album of exploration and experimentation from a group that look set to be forever challenging.