Selena Gomez On The Necessary Darkness In '13 Reasons Why'

As one of the show's executive producers, Gomez was integral to bringing viewers the story we saw portrayed on screen.

When the first season of Netflix original series '13 Reasons Why' dropped on the streaming service earlier this year, fans of the original young adult novel of the same name by Jay Asher were excited to see how the story would be portrayed on the small screen. It turned out however that they weren't the only ones excited by the story being told, as the series became one of Netflix's most successful and talked about shows of all time. Katherine Langford and Dylan Minnette led the show as Hannah and Clay; a pair of teenagers who didn't always fit in at their school, but held a special bond with one another, mainly thanks to the fact they worked with one another at the local movie theatre. Facing torment at school for various reasons, Hannah makes the decision to take her own life, but before doing so records a series of cassette tapes, which she leaves behind for those who she says wronged her to listen to. What follows is an intricately detailed, intriguing and at times hard-to-watch series of events that led Hannah to make her life-ending decision.

Some scenes in the show's first season however have been met with criticism. Whether it's from the public who have personally dealt first hand with self harm, rape or one of the other taboo subjects included in the show, or professionals within the mental health field, there were calls on Netflix to remove certain scenes which showed the acts of rape and self harm being conducted on screen. Executive producer Selena Gomez has now commented on that backlash.

"This is happening every day," she explained in a chat on Elvis Duran and the Morning Show. "Whether or not you wanted to see it, that's what's happening... The content is complicated. It's dark and it has moments that are honestly very hard to swallow, and I understood that we were doing something that is difficult. But these kids today are so exposed to things that I would never even comprehend when I was eight. My cousin teaches third grade and they're doing things and saying things that I couldn't even fathom."

Though she went on to admit she could understand why the backlash and controversy came to light that surrounded the series, she did feel that the show did its job in bringing a sensitive and usually taboo topic to light.

While it's great to hear Gomez has a firm handle on topics which should be more prevalent in modern day media, we hope that her comments come with an understanding that those complaining aren't simply doing it for the sake of complaining, but because there are people watching for whom certain scenes may be 'triggering'.

Now with a second season ordered, we'll have to wait and see where Gomez and the rest of the team behind the show decide to go to next.

'13 Reasons Why' season 1 is available on Netflix now. Season 2 is expected to debut at some point in early 2018. 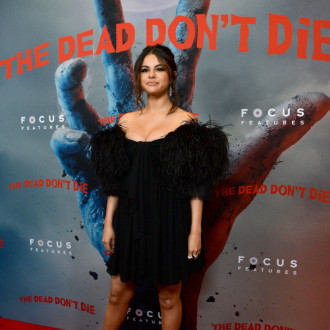