Single? Selena Gomez Looking For Someone To Grab Ice Cream With 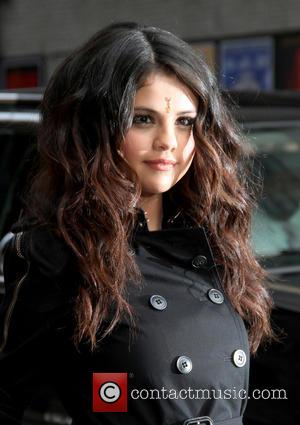 Selena Gomez has essentially confirmed that she is no longer in a relationship with Justin Bieber, telling a KISS 108 radio station host that she's ready to be asked out on dates. According to The Sun, a DJ asked her: "So sometimes you may see a boy walking down the street and he says, 'Let's grab and ice-ream. You're available?" to which she replied, "yep," before adding, "By the way, that would be awesome if someone asked if I wanted ice cream because that would be cool."

Gomez was appearing on the radio show to promote her latest track Come & Get It, which got some added publicity last week after it was reported she had rekindled her relationship with Justin Bieber. The teen pop-star posted a picture on Instagram of her hugging his bare torso. A source to The Sun that Selena's friends attempted to stop the Spring Breakers star from reconciling with Bieber, saying, "We did everything we could to keep them apart but he was so persistent. It's really unhealthy they have such a turbulent relationship at such a young age. He leaves her in floods of tears constantly. She has had a really difficult year or so dealing with the tense emotions that come with dating him."

Selena sat down with MTV News last week to premiere her new video, which sees the singer debuting her more mature side. Of the Anthony Mandler-directed clip, Gomez explained, "It was fun for me to have a little more creative control over it.I think she's one of the best that made that transition. That video ['Slave 4 U'] is so hot, it's incredible, so I love that, and I definitely wanted to do that with my transition, but I don't think there's a path you have to follow. I think you just have to figure it out and hope for the best, so if it has a similarity, that's only a compliment."