Selena Gomez admits that she will rather star in an independent film than a mainstream feature: "There's a sense of freedom that I'm given in the indie world where I can just go and play." 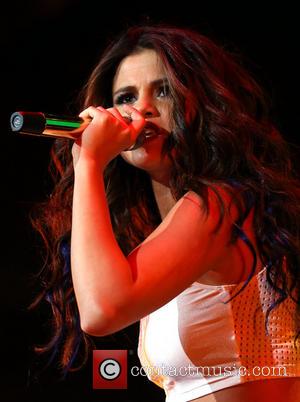 Selena Gomez made a name for herself starring in several hit Disney Channel shows, and landed the lead role in 'Wizards of Waverly Place'.

Before long her she transformed from an actress into a singer and became one of the music industry's most notable rising stars, with releasing her No.1 album 'Stars Dance' in July 2013.

But when the 21 year-old moved back into movies, she stayed away from the mainstream, and appears in more independent films, which is no accident.

While appearing at the 2014 Sundance Film Festival, Gomez spoke with E!News on the red carpet, and discussed her movie career path.

"I'm just drawn to this kind of stuff," she said, referring to independent films.

"There's a sense of freedom that I'm given in the indie world where I can just go and play and be a part of a really great cast," she added. "These crews, they really love what they're doing. That's just fun to be able to step into."

The 'Come & Get It' singer was attending the independent film festival for a screening of her new flick 'Rudderless', which follows a father who is battling with the loss of his son.

But after discovering his deceased son's demo tapes, the father decided to learn all the songs in order to feel closer to his son, and eventually forms a band. Gomez plays the son's girlfriend.

However, that is the type of character Justin Bieber's ex-girlfriend prefers to play.

"I find myself comfortable in that stuff, I don't know what that says about me," she said. "It's a good contrast to what I am all the time and being on tour and all that life."

Selena posted a photo on her instagram of herself with co-stars, William H. Marcy and Billy Crudrup, along with the caption "Rudderless."

The 'Love You Like A Love Song' singer first demonstrated her acting abilities for the damaged character in 2012's 'Spring Breakers', starring opposite, Vanessa Hudgens and James Franco. She plays a college student who becomes entangled in the frightening world of drug dealing while on spring break in Florida.