Selena Gomez's Trespasser Will Spend The Next 45 Days In Jail

The man who trespassed on the 21 year-old's Calabasas, Calif. home, pleaded no contest to the charges set against him. 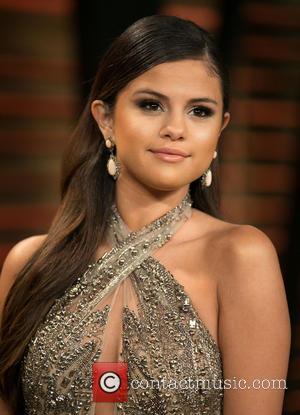 Selena Gomez doesn't have to sleep with one eye open anymore.

A man, who was reportedly a crazed fan of Selena Gomez's, was caught trespassing on the grounds of her new Calabasas, California mansion last Sunday (March 31st).

He, who was identified as 20 year-old Che Cruz, rang the doorbell of Gomez's home in the evening and asked if she was home.

The 'Come & Get It' singer's friend, who answered the door, told Cruz that she wasn't and he left, but when authorities arrived at the house they found him hidden in Selena's guest house, after allegedly breaking in.

He was arrested and charged with burglary and trespassing.

On Wednesday (April 2nd), Cruz was charged with one count of misdemeanour trespassing and sentenced to 45 days in county jail after pleading no contest, the Associated Press reports.

Los Angeles district attorney's spokesman Ricardo Santiago also stated that he was sentenced to three years' probation and ordered to stay away from Gomez and her new home in Calabasas, California.

This isn't the first time the 21 year-old singer/actress has had to deal with someone trespassing on her property.

Police arrested another man, 19 year-old Juan Garcia, this past January (25th) at her Fernando Valley's Tarzana area home after family members spotted him creeping close to the house.

The following month, Garcia was charged with trespassing and ordered to spend 120 days at the Los Angeles County Jail, he was also placed on three years' probation and told to stay at least 150 yards away from Gomez and her home for the duration of his punishment.

It is not confirmed who answered the door to Cruz on Sunday, but Selena was hanging out with her actress friend earlier that day, as both of them shared Instragam photos. Lily posted a pic of herself and Selena, with the caption: "Love you @selenagomez. So proud and inspired. Can't wait for what's to come. By your side.#proudfanrightback ..."