Her new album, Stars Dance, will be release July 23 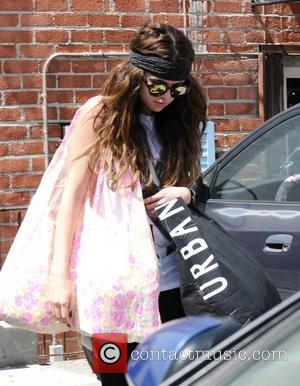 Selena Gomez will release her new album next month, with the newly single (at least we think she is, we can't really keep up with the Gomez-Bieber relationship trail) former Disney star, unveiling a brand new song through her Vevo account on Monday  night (June 3). She then posted the album cover and track-list on her Twitter, as well as the release date for the album: July 23.

The album will be titled Stars Dance, with the cover featuring a facial shot of Gomez surrounded by her name and album title in pink writing. Her song, 'Slow Down' is your everyday modern pop-song, with a heavy dance emphasis and some trace amounts of guitar chords in the build-up to the electronic onslaught. The track is also available immediately and for free to anyone who pre-orders her album on iTunes.

The singer went on to post the full track listing (which you can see below) in individual Tweets, as she built up towards a live web-chat with fans who quizzed her on her new album and a few other things on YouTube. It was a busy night on Twitter for the singer, and an even busier one on YouTube, but it'll all be worth it if the album proves to be as successful as her past releases.

Stars Dance will be release on July 23 and is available to pre-order on iTunes now. The new album will be release July 23