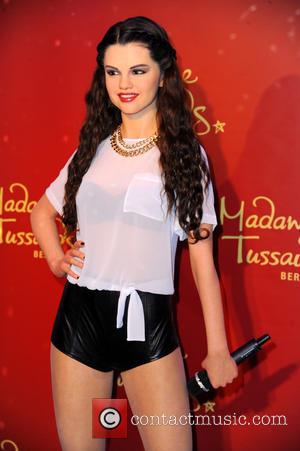 Selena Gomez battled a bout of depression last year (14) after struggling to deal with the intense public scrutiny of her on/off relationship with Justin Bieber.

The Come and Get It hitmaker endured a tough 2014 after undergoing a stint in rehab at the start of the year and then reconciling with, and splitting from, Bieber in the subsequent months.

She recently admitted she doesn't handle the pressures of fame "as well as people think", and now, in a candid new interview with her Spring Breakers co-star James Franco for V magazine, Gomez reveals her personal troubles led to her hiding out from the paparazzi.

The singer/actress, who posed topless, with her hands covering her bare breasts, for the magazine cover shoot, says, "There were a few months where I was a little depressed, where I wouldn't leave (my home) as much. I think I drove myself crazy for a little bit. It was just easier to say, 'Hey, do you mind running to the grocery store and picking some stuff up? I don't want to get photographed.'

Gomez insists the anxiety is still an issue for her, but she is gradually learning to overcome her insecurities: "As much as I don't like to wake up and think about that it's there (her anxiety), it's naturally just there. My response was to stay in, which sucked. That's what I was trying to fix this past year, I'm finally getting a little bit more comfortable."

She adds, "I don't read anything about me anymore at all. I don't spend my time tiptoeing around certain things, because the things I'm going to do aren't bad. I'll be 23 soon and I could go to a bar or go to the movies. I could do what I like."

And Gomez also claims she has no regrets about her relationship with Bieber, insisting she prefers to treat every experience as a life lesson.

The singer, who has since been romantically linked to DJ Zedd, continues, "I feel the best I've ever felt in my life. Super stoked that I've got some bumps on me, some scars, some bruises. I actually love that. And I don't mean that in a morbid way. It was great to experience really beautiful things, and then, you know, have the growing pains, in every possible manner, in every relationship...

"I think the next time (I have a boyfriend) will be much different... That's a growing up kind of thing. I was 18 years old, and it was my first love. The older I get, I'm guarding certain things more."

"When you're young and you're being told so many different things... it almost felt like all we had was each other, like the world was against us, in a way. It was really weird but it was incredible. I would never take it back in a million years."