Selena Gomez 'Surprised' By Sex And The City Rumour 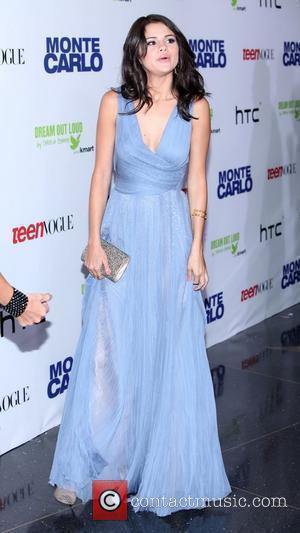 Selena Gomez has laughed off rumours she has been tapped to appear as a younger version of Kristin Davis' Sex And The City character in a prequel to the hit TV show.
The series has spawned two movies and producers are rumoured to be working on ideas for a big-screen prequel, showing the characters in their youth.
Gomez's name hit headlines this week (beg04Jul11) with reports suggesting she had been lined up to play a young Charlotte York, the role made famous by Davis, but the singer/actress is adamant the story is not true.
She tells Digital Spy, "That was a compliment and I was very surprised when I heard that - it was very sweet, but there is nothing official and I've never even been approached or anything."
The 18 year old also reveals she isn't much of a Sex and the City fan as she was too young to watch it when it first hit TV screens, adding, "My mum is more of a fan because I wasn't really allowed to watch it when I was younger..."