Selena Gomez has revealed she wants Justin Bieber to stop talking about their relationship. 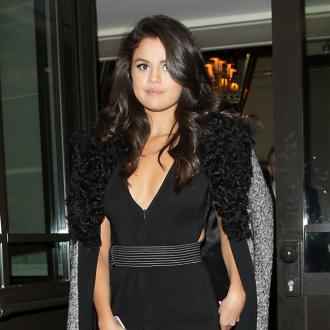 The 'Good For You' hitmaker, who split from the Canadian star last October after four years of dating, is ''embarrassed'' after he recently revealed their romance felt like ''a marriage kind of thing'' after they moved in together in 2012.

A source close to the 23-year-old beauty told Life&Style: ''What she used to love most about him was that he was so private. She wishes Justin would keep his mouth shut!

''Justin feels like he's grown up a lot, but Selena is embarrassed by his confessions.''

The 'Where Are You Now' hitmaker, 21, also recently told Complex magazine that he and Selena had a very intense bond and fought like divorcees at times.

The singer admitted he has moved on but will always compare his future girlfriends to Selena.

He explained: ''Yeah. You get scarred from certain things. Even like--I'm kind of seeing this girl, right? I'm shy about doing or saying certain things, and then I say it and it's not even a problem. And I'll remember when I couldn't.... You're just scarred and you don't do something because in your last relationship they'd freak out, but [the new person is] just like, ''What are you talking about?''