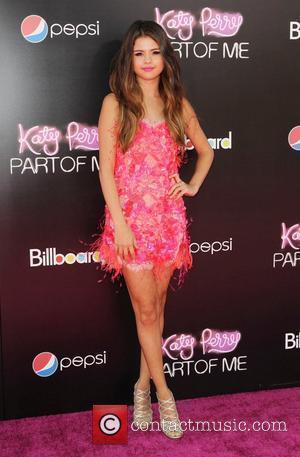 Selena Gomez was left fearing for her life on the set of upcoming film Getaway after clambering into a car with Ethan Hawke as he performed his first ever driving stunts.
The actress jetted to Bulgaria to shoot the action movie with Hawke, who trained with a professional driver to play a burned out racing ace.
Hawke insisted on getting behind the wheel to show off the dangerous tricks he learned, and Gomez admits she was terror-stricken while strapped into the passenger seat.
She tells E! Online, "We had a stunt driver come in and teach Ethan how to do 360-degree spins because he wanted to do all of it himself. First I wasn't in the car but then I got in and he was doing (spins) and I was like, 'You've done this before in another movie, right?' and he said, 'No, this is my first time.' I was like, 'Great, so this is going to be where I die.'"
The teen star also admits she was happy to walk away with several bruises as a reminder of her hard work, adding, "I actually wanted to get a few injuries so I could be like, 'Yeah, I've got battle scars from making an action movie.'"