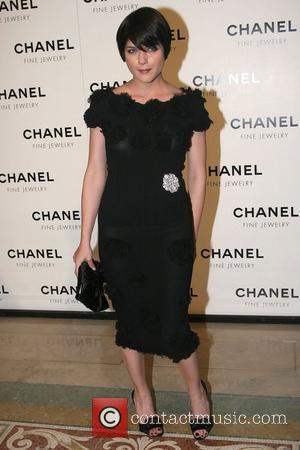 Up-and-coming screen beauty Selma Blair has denied she's involved in a romance with Friends favourite MATTHEW PERRY - insisting the actor's "not my type".

The A GUY THING star worked with Perry on an episode of the popular American TV comedy, and was subsequently spotted enjoying a lunch with the recovering drug addict and alcoholic.

But although Blair admits the funnyman actor is "gorgeous", she claims she could never date him - because he's funnier than her.

She says, "I met him a year-and-a-half ago through a friend, and there was an episode of Friends in which I had a really small part. Then Matthew and I went to lunch, the paparazzi saw us, and it became a big thing.

"So that's it, it's not even worth talking about. He's lovely and funny, and I'd be very lucky to have him. But, alas, he's not my type because he's funnier than me. He is gorgeous though. Those big blue eyes..."