Ex-SEPULTURA Star Max Cavalera Has Been Ordered To Pay Damages To His Former Sister-in-law For Libelling Her In His Autobiography. 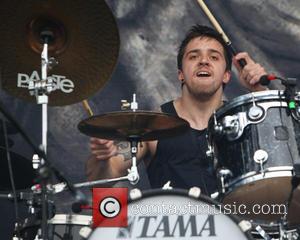 Monika Bass Cavalera, who previously served as the rock act's manager, filed suit against the band's former frontman for calling her a "b**ch" in his 2013 memoir My Bloody Roots: From SEPULTURA To Soulfly And Beyond.

He also claimed that she tried to pick him up before dating his brother and bandmate Igor.

According to Blabbermouth.net, in My Bloody Roots, Max revealed he never liked his brother's wife, adding, "They're finally divorced now, thank God."

"When we first met her, she tried to pick me up, but I didn't want anything to do with her," he wrote. "A couple of weeks later, she was with my brother, which I always felt was kinda weird, like he was the second-best option or something. That always bugged me. But he fell in love with her anyway."

Monika further upset Max when she replaced his wife Gloria as the band's manager several years after he had left the group.

A Sao Paulo court in Brazil ruled in her favour late last month (Oct15) and ordered Max to pay over $13,000 (£8,125) in damages and to cover his former sister-in-law's legal fees. Max has also been ordered to publicly recant his comments from the book by publishing a notice acknowledging the judge's ruling in three separate newspapers.