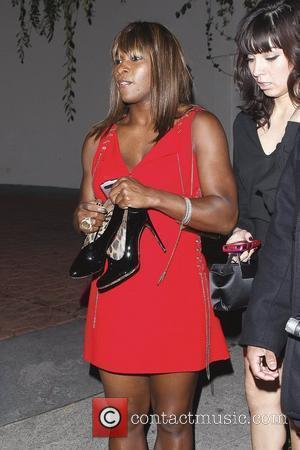 Tennis superstar Serena Williams is desperate to start a family with her rapper/actor boyfriend Common - but fears she is too forgetful to be a responsible mother.
The sporting ace began dating Common last year (09) and confesses she's starting to feel broody.
But Williams is putting the idea on hold after accidentally leaving her pet pooch behind after a training session on the tennis courts.
She says, "I would love to have a baby... But I have two little dogs I take care of and they're so cute, but sometimes I forget them. One time I was in the locker room... I was busy and I left and I was in the car driving home and I was like, 'Oops!' I definitely don't need any kids because I forgot my dog."
And Williams admits her poor memory isn't the only thing preventing her from acting on her desire to become a mum.
She adds, "Every time I see a woman walking around pregnant, I'm like. 'Oh my god, I could never do that.' How are you walking? I look at them and my back starts hurting!
"That's as far as I've gotten with that (having kids) but eventually, maybe one day I'll get there. That would be awesome."