Serge Pizzorno's three-year-old son has named a song on the new Kasabian album.

The 33-year-old guitarist has revealed his son Ennio - his child with partner Amy - is a fan of the band and has been helping him with their eagerly anticipated fifth LP.

Serge said: ''He's got a really strong opinion. If any cheesy sh*t comes on he's instantly like, 'This is rubbish, turn it off.' He's massively into our stuff. He's named a song on the new album, 'Bumblebee'.''

Ennio came up with the title because the track has a buzzing noise on it similar to the sound the honey-making insects make when they fly.

Speaking to Q magazine, Serge explained: ''There's this buzzing sound on it and he was asking me about it all day long, 'Put busy bee on, put busy bee on'. I thought, 'I'll have that'. I changed it a bit; Busy Bee's not quite as cool as 'Bumblebee'.''

Serge - who is joined in the band by singer Tom Meighan, bassist Chris Edwards, guitarist Tim Carter and drummer Ian Matthews - is predicting that 'Bumblebee' will be one of the LP's most popular tracks because it's a heavy song that should send the crowd wild when played live.

He said: ''It's Beastie Boys dub with a sort of Zeppelin, Rage Against The Machine chorus. It's got the flavour of a bank robbery getaway car. Everything drops to barely nothing and then the f***ing hand of God slams the door. It goes 'click' and then its like, 'Get out the way!' You'll be able to see the moshpit from space.'' 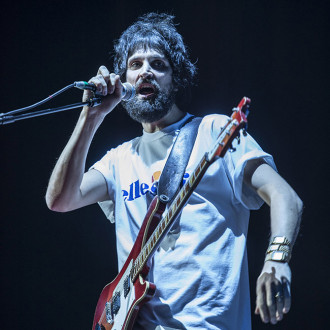 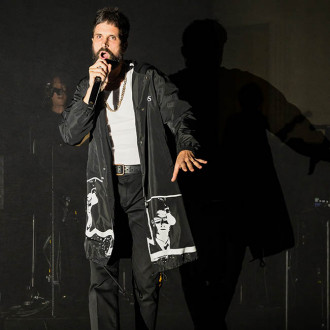