SPOILER ALERT: The Resurrection of 'Brian' occurred on Sunday's episode of 'Family Guy' but just how did they pull it off? 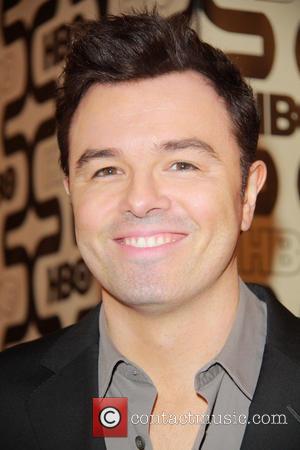 In an episode aired last month called 'Life Of Brian', the comedy sitcom made the extreme decision to kill off one of their major characters.

The victim was the loveable canine companion, 'Brian Griffin', who was tragically hit and killed by a car.

Fans were outraged about the creative team's decision to get rid of 'Brian' and became even more annoyed when a replacement dog named 'Vinnie' was introduced.

An online petition was created on Change.org which requested 'Brian' to be brought back from the dead and it ended with over 128,000 supporters.

Well, they finally got their wish!

In the latest episode of Seth Macfarlane's animated series 'Stewie' is seen sitting on the lap of Santa at a mall and seems out of character, the evil toddler is upset.

'Stewie' confesses to Santa that all he wants for Christmas is to have 'Brian' back, 'Vinnie' recognises his new owner is upset so in an effort to cheer him up they visit a toy store.

While in the store 'Stewie' sees his own face and quickly remembers he travelled into the future via his time machine to collect a gadget. He devises a plan to use the time machine to save 'Brian' from getting hit by the speeding car.

'Stewie' is successful and on Christmas Day 'Brian' thanks him and says, "A lot of other families would have just gotten another dog and moved on."

Although fans may think they are responsible for 'Brian's' resurrection, Seth MacFarlane claims it was just one big well-hatched scheme.

"And thus endeth our warm, fuzzy holiday lesson: Never take those you love for granted, for they can be gone in a flash," MacFarlane tweeted.

"I mean, you didn't really think we'd kill off Brian, did you? Jesus, we'd have to be fucking high." Adding, "Oh and hey... thanks for caring so much about the canine Griffin. He is overcome with gratitude."

'Stewie' and 'Brian' are finally reunited