Fox has announced a strong looking line-up for the new season. 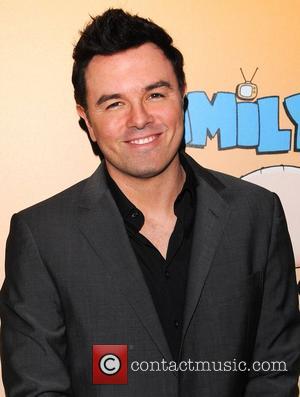 Wow. Fox has really shown its hand for next season, offering four big new shows in the bid to get ahead in the race for ratings. The network has made high profile comedy pickups including the Seth Macfarlane produced Dads and the Andy Samberg starring Brooklyn Nine-Nine.

Elsewhere, Fox ordered 13 episodes of of Surviving Jack with Chris Meloni, Enlisted with Geoff Stults and Us and Them starring Jason Ritter and Alexis Bledel. But which is likely to become the next Family Guy or New Girl?

According to Deadline, Dads is a live-action multi-camera comedy from MacFarlane, Alec Sulkin and Wellesley Wild - the team behind Ted and Family Guy. It stars Seth Green and Giovanni Ribisi as two successful fellers and childhood best friends whose lives are turned upside down when their fathers move in. It's a pretty impressive cast, also including Martin Mull and Peter Riegert, and the pilot is being directed by The Big Bang Theory's Marc Cendrowski. This one could run and run.

This oddly titled show is from Parks and Recreation stars Dan Goor and Michael Schur and follows Andy Samberg as a detective who doesn't take anything particularly seriously. The problems arise when he gets a by-the-book boss who wants him to respect the badge. It's looking like decent fun and has a decent pedigree. The pilot was directed by Phil Lord and Chris Miller (21 Jump Street and Cloudy With A Chance of Meatballs).

The military-set single-camera family comedy stars Geoff Stults that follows three brothers getting to know each other on a small Florida Army base and the group of misfits who surround them. It's produced by Kevin Biegel (Cougar Town) and Mike Royce (Men of a Certain Age, Everybody Loves Raymond). The pilot was directed by Raising Hope's Phil Traill.

We've known about Us & Them for a while, given that it's based on the BBC's huge UK hit Gavin and Stacey. It stats Jason Ritter and Alexis Bledel  as a young couple whose path to happiness is complicated by two screwed up families living in different parts of the country. It's produced by BBC Worldwide Productions and Sony and has been adapted from James Corden and Ruth Jones' original by David J Rosen (I Just Want My Pants Back)

Surviving Jack still has a working title, though we know it's based on the best-selling autobiographical book 'I Suck At Girls' by Justin Halpern. It stars Christopher Meloni as a man becoming a father as his son is becoming a man. It's a coming of age tale and looks like it could fit in well with Fox's others projects. Patrick Schumacker wrote the pilot while Jeff Ingold (Scrubs) directed.

So which has the best chance of surviving on Fox? We're saying Dads.