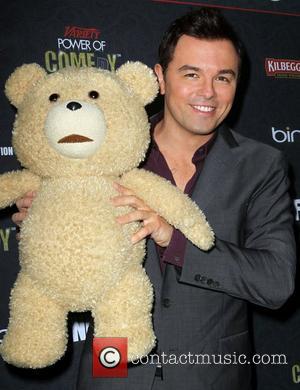 The Seth Macfarlane success story just keeps on going, to the point where it’s becoming increasingly hard to blame him for wearing such a sickly smug expression on his face all the time. From the huge success of Family Guy, MacFarlane casually made the jump to the big screen with the big grossing Ted; he’s also recorded his own swing album, will be hosting the Oscars this year and even has a chance of an award in that too. Life is good for Seth.

So we shouldn’t be surprised that there’s more good news on the way; Fox have offered MacFarlane – as well as the rest of the Ted team, Alec Sulkin and Wellesley Wild – a six episode straight-to-series order for their live-action comedy Dads. That’s a big gamble on Fox’s part, but when you seem to be so easily hitting home runs, as Macfarlane is, then you can see why they’ve made it.

MacFarlane’s show was among a host to receive commission, reports The Hollywood Reporter. Fox has handed out pilot orders to Andrew Gurland’s House Rules, Bill Lawrence’s I Suck At Girls, Jane Tranter’s Friends & Family and an assistant comedy from two former Friends producers. Three dramas have also been commissioned, the highlight being Sleepy Hollow by Fringe pair Alex Kurtzmann and Bob Orci. The focus is on MacFarlane though. Dads is a multi-camera effort that focuses on two successful guys in their 30's whose lives change when their terrible dads move in with them.