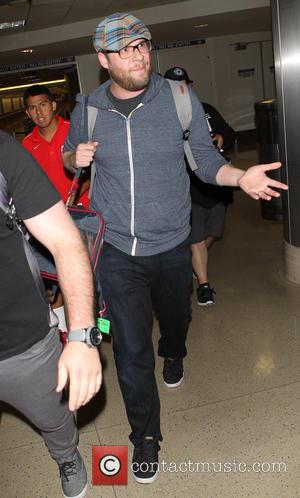 A Washington Post critic drew such a backlash with her suggestion that Seth Rogen's "frat boy" genre of comedy movies inspired Elliot Rodger's recent Californian mass shooting that she has felt compelled to upload a video attempting to explain the comments she made in her article.

"In singling out Neighbors and Judd Apatow, I by no means meant to cast blame on those movies or Judd Apatow's work for this heinous action - obviously not," she says. "The whole reason that I weighed in on this issue was that [Rodger] had created this video on YouTube that seemed to be such a product of the entertainment industry that he did grow up in, literally and also just as a member of the culture."

More: How did 'Neighbors' crash 'The Amazing Spider-Man 2''s party?

Dated last Sunday (25th May), the original article implies that the 22 year-old gunman's perceived unpopularity and lack of success with women was compounded by the lifestyles portrayed in movies focussed on college age adults. The son of Hunger Games assistant director Peter Rodger emailed a 140 page manifesto to 30 people before he carried out the six killings in the student beach community of Isla Vista and left 13 injured.

"How many students watch outsized frat-boy fantasies like "Neighbors" and feel, as Rodger did, unjustly shut out of college life that should be full of "sex and fun and pleasure"? How many men, raised on a steady diet of Judd Apatow comedies in which the shlubby arrested adolescent always gets the girl, find that those happy endings constantly elude them and conclude, "It's not fair"?" Hornaday wrote.

It was that paragraph in particular which proved to be inflammatory, prompting Rogen to hit back by describing the article as "horribly insulting and misinformed." The filmmaker added "how dare you imply that me getting girls in movies caused a lunatic to go on a rampage." Famed comedy director Judd Apatow soon joined in with Rogen's criticism of Hornaday's writings, saying "She uses tragedy to promote herself with idiotic thoughts."

In her video, Hornaday said that she felt the comments made in Rodger's videotaped manifesto "had a lot to do with the sense of entitlement that he had to a life that he had seen reflected around him." She then notes "how the movies we watch that are primarily created by men and primarily pivot around fantasies of male wish-fulfillment and vigilante justice."

Despite the critic's video, Apatow was still acerbic, tweeting "[Hornaday] can criticize but can't handle criticism? That is as logical as her opinions... Remember everyone - ads next to articles generate money. They say something shocking and uninformed & get you to click on it to profit... she milked tragedy and it worked for her." Rogen Was Swift In Distancing Himself From Hornaday's Accusations Regarding The Killings.