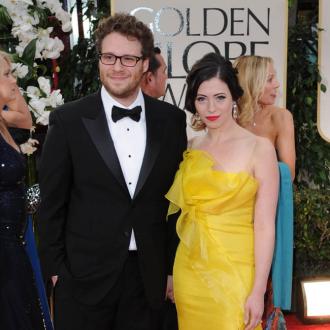 The '50/50' actor and spouse Lauren Miller's organisation Hilarity For Charity (HFC) - which aims to use the power of laughter to bring attention to the degenerative disease - have now set up a collegiate scheme called HFC U, which encourages students to throw their own HFC event to raise awareness and funds for the Alzheimer's Association.

Seth said: ''Alzheimer's sucks. That's the honest truth but a truth that can't be ignored. We [HFC] aim to communicate to a younger generation about the disease and help provide the proper tools and support they may need.''

Lauren - whose mother has Alzheimer's - is ''excited'' to see what the students come up with.

She added: ''This disease is something that my family is far more familiar with than we'd like. But, like Seth said, it's something that shouldn't be ignored. HFC is here to shed light on it in a fun and one-of-a-kind way. We're excited to see what each of these campuses and student organisations have up their sleeves!''

As an incentive, the university which raises the most money between now and April 11 will win a special advance screening and Q&A session of 'Neighbors', Seth's forthcoming comedy, which also stars Zac Efron and Rose Byrne.