Actor Seth Rogen Got So High During A Trip To The Netherlands That He Ended Up In France. 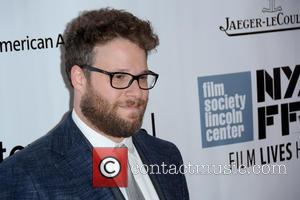 The actor is known for appearing in stoner comedies such as Pineapple Express and upcoming R-rated Christmas movie The Night Before, and admits he has dabbled with drugs himself, joking his use is "research" for his movie roles.

During an interview with U.S. talk show host Jimmy Kimmel, he recalled a time he and a friend headed to Amsterdam and took magic mushrooms, which were made illegal in Holland in 2008.

"They come dried out normally, dehydrated, so you eat like three grams and then you're pretty messed up for about five hours," he explained to his host. "But in Amsterdam they were wet, fresh mushrooms, like you'd put in a salad, and so the weight was all off. We bought 60 grams of them, saying, 'We'll just split them, it's water weight, it's water weight.' I remember we kept saying that!"

The pals' plan was to get high and visit a local supermarket to stock up on picnic food before heading to a park in the city, but they realised the drugs were starting to take effect when they began buying random items such as toothpaste and sunscreen.

Suddenly Seth's friend had a light-bulb moment and decided they had to get out of Amsterdam immediately.

"He was like: 'We gotta leave Amsterdam!'" Seth laughed. "We went to the train station whilst fully tripping on mushrooms and we bought train tickets to Paris, 'cause it was kinda close. We turned up in Paris in the middle of the night, just as we were sobering up, and I thought: 'I did so many drugs, I ended up in another country!'"