Seth Rogen and Evan Goldberg will adapt the upcoming book 'Console Wars', which is a business thriller depicting a behind-the-scenes look into the battle between Sega and Nintendo. 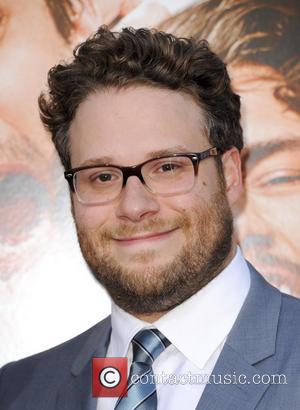 If you were a true gamer from the late 80s and 90s, then you will remember the original war of the consoles.

In today's digital entertainment universe there is an on-going battle between PlayStation and Xbox, but before the world of online gaming, there was a colossal war commencing.

And that was Nintendo Vs Sega!

Seth Rogen and his partner Evan Goldberg have been given the task to transform a behind-the-scenes look into how Sega attempted to rival the world's largest video game company Nintendo, onto the big screen.

The story of 'Console Wars' is based on a book by Blake J. Harris, which hasn't even been published yet, but Sony Pictures and producer Scott Rudin have already picked up feature rights, Book Trade reports.

When creating the thriller, Harris drew upon hundreds of interviews to produce a structured and chronically ordered sequence of events of how each console battled for supremacy.

Toby Mundy, who is a publisher at Atlantic Books, stated, "Blake Harris's amazing book has all the narrative drama of the work of Michael Lewis and Ben Mezrich. It should appeal to gamers and non-gamers alike."

This 'based on a true story' flick is already in good hands as Sony's Scott Rudin was the producer for 'The Social Network,' 'Moneyball' and 'Captain Philips,' which are arguably some of the most successful movies in recent years and are all based on actual facts and events.

Rogen and Goldberg, who will also co-direct the movie, collaborated to write the 2013 comedy 'This Is The End.' 'Console Wars' depicts the battle for supremacy between Sega and Nintendo