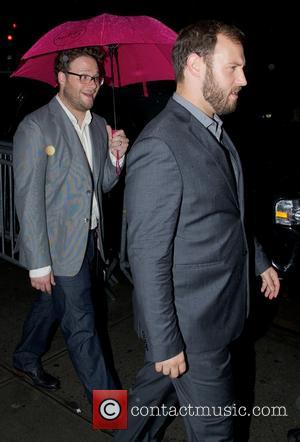 Seth Rogen and Evan Goldberg have a brand new movie coming out soon called This Is The End, in which Seth, James Franco, Jonah Hill, Danny McBride, Craig Robinson, Jay Baruchel and a host of other celebrities face the impending end of days. On Friday (June 14) the two were kind enough to answer questions from fans in a Reddit AMA (Ask Me Anything), during which the two discussed the film and their own lives in a frank and often funny exchange.

The pair were then asked about how much of the film was ad-libbed, and given the amount of comic talent on offer in the film, it perhaps came as little surprise when they revealed that at least half of the script was made up on the spot. The two also discussed matters away from the film, including that they are currently in the planning stages of a movie about North Korean dictator Kim Jong Un, which they are working on with James Franco.

The pair also discussed the writing of Superbad, which began when the two were 13, stating that the idea of McLovin and the line funny thing about my back... it's located on my c*ck," came from their deranged 13-year-old minds. The two also relayed the best piece of advice they've ever received before; "'Never touch the pole in a strip club.' - Evan's Dad."

Watch the trailer for This Is The End Seth Rogan appears as 'himself' in the film