Seth Rogen Reveals: 'This Is The End' Does Not Use Original Ending

Seth Rogen reveals in an interview with 'The Vulture', that the end of 'This is The End' was changed to accommodate a "childhood dream". 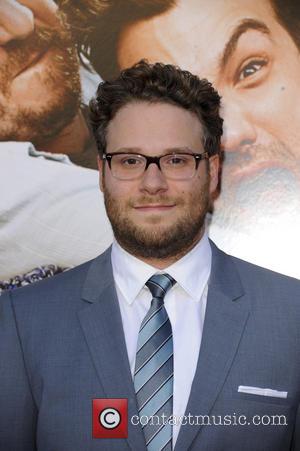 Seth Rogen's comedy This Is The End did not use its intended ending. The script was changed in order to accommodate a cameo from 90's pop stars Backstreet Boys leading a sing-along dance to 'Everybody', their 1997 single.

Director and co-writer Evan Goldberg said the idea had come from an off-the-cuff suggestion from his wife on how to make the ending more interesting. Seth Rogen, who stars in the comedy, was determined to make the idea a reality.

The Backstreet Boys cameo was not exactly what the writers had planned as the original ending was meant to feature Morgan Freeman, reviving his role as God as in Bruce Almighty. Unfortunately the actor had no interest in participating in the project. Rogen was then adamant the Backstreet Boys should play a part especially, as he said in an interview with The Vulture, he is "the appropriate age" to remember when "Backstreet Boys were kings".

The Backstreet Boys are not the only celebrities to feature in this 'apocalyptic' comedy. In fact the whole film is one cameo appearance after the other. None of the actors are playing characters, merely portraying the public's perception of them.

Watch the This Is The End trailer:

This Is The End was released on 3rd June whilst cinema-goers in the UK will have to wait until 28th June.