This is the End may get a sequel

'This is the End' co-director Evan Goldberg has revealed there's a ''good chance'' the film may spawn a sequel. 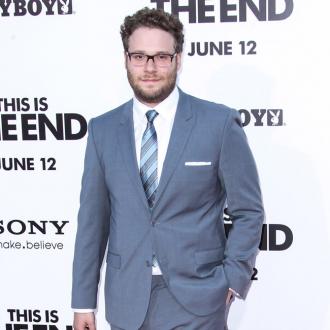 'This is the End' has a ''good chance'' at spawning a sequel.

The apocalyptic comedy - which is co-directed by Seth Rogen and Evan Goldberg, and stars Rogen, James Franco and a host of other funny stars - may receive a follow-up film after the first one proved to be a box office success.

Goldberg told ScreenDaily.com: ''If you ask me, I'd say there's a good chance of sequel.''

However, it seems Goldberg's co-director - and the film's star - is less enthused about the idea of making a second 'This is the End' movie.

'This is the End' follows Rogen, Franco and other comedic actors such as Michael Cera playing heightened versions of themselves in a slapstick end-of-the-world caper, and the film also boasts cameos from a host of big names including Rihanna, boy band the Backstreet Boys and Channing Tatum.

Although Rogen may need some convincing to get a sequel off the ground, Goldberg admits he has numerous ideas for a proposed follow-up to the hit comedy.

He said: ''We actually talked about doing a sequel where it starts at the premiere of 'This is the End'. Seth's a cokehead in this version, Michael Cera is a calm dude with a boyfriend, Rihanna and the Backstreet Boys are back.''