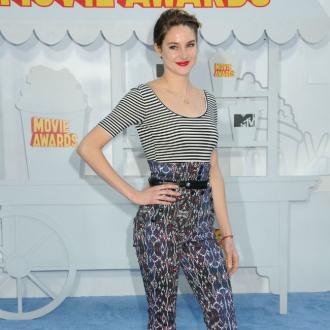 Shailene Woodley was the big winner at the 2015 MTV Movie Awards.

The brunette beauty was handed the Best Female Performance, Best Kiss and Movie of the Year awards for 'The Fault in Our Stars' and was also presented with the special MTV Trailblazer accolade for ''blazing a distinctive and innovative path in Hollywood'' since shooting to fame last year.

Other stars to take home more than one prize included Zac Efron, who received awards in the Best Shirtless Performance and Best Duo categories for 'Bad Neighbours', and Best Fight, Best Breakthrough and Best Hero winner Dylan O'Brien, who played Thomas in 'The Maze Runner'.

Elsewhere, Bradley Cooper received the Golden Popcorn award for his portrayal of soldier Chris Kyle in 'American Sniper' while Jennifer Lopez was presented with the comical Best Scared-As-S**t Performance award for 'The Boy Next Door'.

Movie of the Year:

'The Fault in Our Stars'

Shailene Woodley, 'The Fault in Our Stars'

Jennifer Lopez, 'The Boy Next Door'

Dylan O'Brien vs. Will Poulter, 'The Maze Runner'

Ansel Elgort and Shailene Woodley, 'The Fault in Our Stars'

Meryl Streep, 'Into the Woods'