Hollywood star Shailene Woodley has admitted she wasn't a big movie-watcher growing up and was more inspired by real life women than any action heroines. 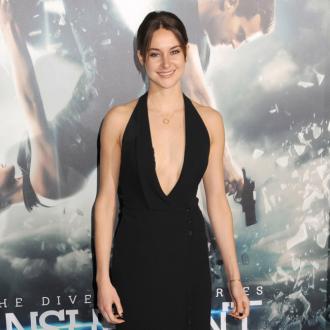 Shailene Woodley ''didn't watch a lot of films'' as a child.

The 'Insurgent' actress has revealed she was ''inspired by strong female people in real life'', such as Pocahontas and aviation pioneer Amelia Earhart, rather than Hollywood stars.

She said: ''Growing up, I didn't really watch a lot of films, so I didn't look to films for action heroines. Instead, I was always deeply inspired by strong female people who existed in real life.

''I remember studying Native Americans for a long time. There were a lot of Native American women that were really strong who fought for their tribes.

''I guess Pocahontas was a representation of that. In a way, she was the character who was the face of that movement - but there were many other women I admired, too. Amelia Earhart is another. I love interesting women like that. ''

The 23-year-old star - who plays the main protagonist, Tris, in the movie - said it's ''a huge triumph'' to be able to represent and be a voice for strong females.

She said: ''It feels great. Women in the world are strong. Women have a voice.

''Women have a lot to say and if I can be a tiny representative of that; if I can represent that voice in the smallest fashion, then that's a huge triumph.''

'Insurgent' is available on Blu-Ray and DVD now, courtesy of Entertainment One.