Shailene Woodley lives out a suitcase

Shailene Woodley has admitted she carries most of her possessions in a suitcase because her globe-trotting career doesn['t allow her to stay in one place for too long. 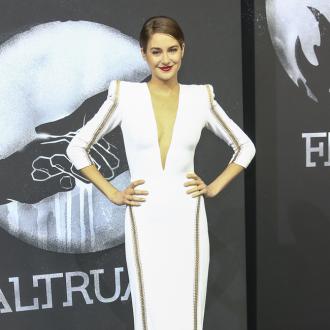 Shailene Woodley still lives ''out of a suitcase.''

The 23-year-old actress has admitted she holds most of her possessions in a large bag because her successful globe-trotting career doesn't allow her to stay in one place for too long.

When asked if she's finally bought a home, she said on 'Live! With Kelly and Michael' on Monday (16.03.15): ''No, definitely haven't bought a place. I still live out of a suitcase. I'm ready to ground down again, though.''

Asked how big her suitcase was, the 'Insurgent' star said she used to use a large carry-on bag until she had a fishy explosion recently and was forced to upgrade to something bigger.

She explained: ''I had some salmon in it and it exploded. I was like, 'Well, that doesn't work so well.'

''You can't wash salmon out of a suitcase, in case anyone's wondering! So I upgraded to a bigger one.''

And when Shailene isn't jet-setting around the world for her demanding career, she's taking quick vacations because she thoroughly enjoys the process of travelling.

She said: ''I was in Indonesia earlier this year, which was my first time to Asia, to that side of the world. It was amazing! I didn't really know what to expect ... The oceans were so clean in the areas that we were at, and the people were so kind.''