Shailene Woodley refuses to be hired for her name

Shailene Woodley has confessed she doesn't like the idea of being hired just because she is famous and would rather be selected for roles based on her talent alone. 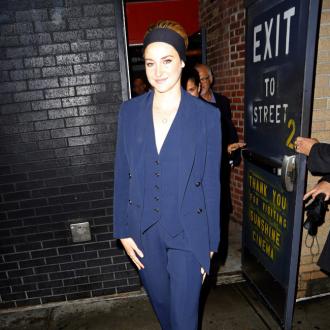 Shailene Woodley refuses to be hired for her name.

The 23-year-old actress has confessed she is extremely picky when it comes to choosing her next roles and wants to be hired for her talent alone and not because of her celebrity status.

She said: ''If I'm being hired simply because my name is a name, that doesn't feel good. That's like somebody buying a painting simply because of how much they're told it's worth, versus actually enjoying looking at that painting and feeling inspired by it.''

The brunette beauty - who was propelled into the limelight after starring opposite George Clooney in the 2011 drama 'The Descendants' - added she would happily put her career on hold for five years until she found a role she could be passionate about.

Shailene told The Observer newspaper's News Review: ''I have the luxury of having been an actor since I was five. So I know that nothing comes overnight and that you have to work really hard to be successful. I know if I don't work for five or six years, maybe it will be harder for me to get a film, but if I'm not booking films, I will bust my ass at acting class because if I'm still passionate about acting, why wouldn't I want to improve my craft.''