Shailene Woodley started a ''push-up club'' on the set of 'Insurgent' to stay energised between takes. 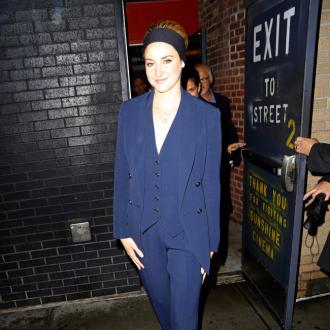 Shailene Woodley started a ''push-up club'' on the set of 'Insurgent'.

The 23-year-old actress found the best way to stay energised on the set of the sequel was to do short bursts of exercise throughout the day and enlisted a number of her co-stars to do the same.

She said: ''I'm naturally athletic so it's fun to do these movies . We did something called 'push-up club' every day to keep in shape.

''It started with, like, three of us. We would get tired throughout the day but instead of drinking cups of coffee, you pump out 15 to 20 push-ups and your body naturally wakes up. By the end, there were 15 of us doing push-ups throughout the day.''

Shailene thought returning to play Tris for a second time would be easy but it was more difficult than she expected.

She explained to Total Film magazine: ''I thought it would be easy but it wasn't. It'd been a year since we did 'Divergent'.

''We've changed as individuals and in our personal lives, that when you jump back into an old character, you want to bring those new attributes of yourself into that character and then you realise, 'Oh wait, they are new attributes for Shai, not for Tris'. So in that way, it was a little bit different.''