The actress will probably be appearing in the franchise at some point, just not in the next one 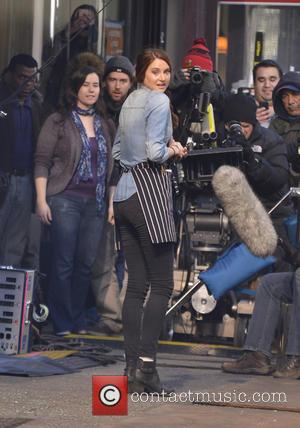 Mary Jane Watson, Peter Parker's other love intrest to Gwen Stacy in the Spider-Man comics, has been written out of the upcoming Amazing Spider-Man 2, with Shailene Woodley's character being deemed surplus to requirements on the next film. Sony Pictures have recently green-lit a third and fourth movie for the franchise, so there may be hope yet that Woodley will appear as MJW at some point.

The actress, who has recently signed on to star in The Fault In Our Stars, had begun to film some of her parts for the movie and her introduction had fans hoping that it would bring a new dimension to Andrew Garfield's Peter Parker character and his masked alter ego, Spiderman. Entertainment Weekly report in their next issue that the Divergent star will be waiting until the third edition of the Amazing Spider-Man films before she makes an appearance as MJW, which comes out in June 2016. There hasn't been any word on whether the footage already shot with Woodley will be scrapped or kept for the next film.

"Of course I'm bummed. But I am a firm believer in everything happening for a specific reason...Based on the proposed plot, I completely understand the need for holding off on introducing [Mary Jane] until the next film," Woodley told EW. The up-coming Spidey flick already features a jam-packed line-up, with Paul Giamatti and Jamie Foxx playing the film's main antagonists Rhino and Electro and Chris Cooper will be playing Norman Osbourne/ The Green Goblin in the film too, with Dan DeHaan playing his son and Peter's friend Norman Osbourne. Not to mention, we also have the continuing story of Peter and Gwen (Emma Stone) and Peter continuing to understand his powers. Rhino has been 'gangster-fied' for the new film See more behind the scenes pictures of the film