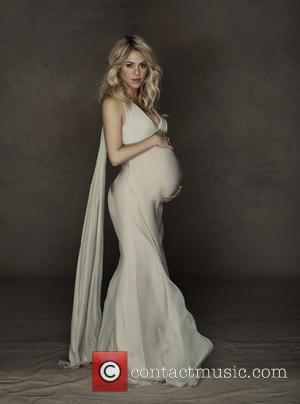 Shakira and Gerard Piqué announced the birth of their baby boy, via a statement on the singer’s website. Their first baby came into the world yesterday (January 22, 2013), just a short while after the couple unveiled plans to hold an unusual, online ‘baby shower’ in aid of UNICEF.

The statement from the couple read “We are happy to announce the birth of Milan Piqué Mebarak, son of Shakira Mebarak and Gerard Piqué, born January 22nd at 9:36pm, in Barcelona, Spain.  The name Milan (pronounced MEE-lahn), means dear, loving and gracious in Slavic; in Ancient Roman, eager and laborious; and in Sanskrit, unification.  Just like his father, baby Milan became a member of FC Barcelona at birth.  The hospital confirmed that the couple’s first child weighed approximately 6lbs, 6 ounces, and that both mother and child are in excellent health.”

Earlier in the day yesterday, Gerard had confirmed that Shakira would be induced at the Teknon Clinic in Barcelona, the city that the couple call home and where Gerard plays for the city’s professional football team. A website entitled Shakira and Gerard Piqué’s World Baby Shower is online; fans can donate money to UNICEF via the website as well as tracking the progress of all donations.

Watch Shakira in Pitbull's video for 'Get It Started'