This week's episode came with a surprise, as one of the favorites for the final got voted off. 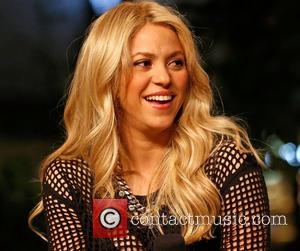 Picture: Shakira - The US coaches of the Voice at The Grove to appear on entertainment news show 'Extra' - Los Angeles, California, United States -...

Last night saw another reaping on The Voice as two surprising contestants left the show. First came the highly unexpected booting of Usher’s 19-year-old protégé Veto. The singer had been singled out as a favorite to advance to finals early on. Veto also had the motivation to stay in the race, saying early on that he wanted to inspire kids with showbiz ambitions: 'Surviving would mean the world to me,' he said. 'It allows me more time to be an inspiration to the younger people who look up to me.' Alas, Veto didn’t survive (on the show at least, otherwise he seems peachy) and now all those disappointed kids will have to find someone else to look up to.

The second performer to get voted off, in a not-so-surprising twist, was Team Shakira’s Garrett Gardner. It may have been Shakira’s rather odd choice to have the rocker sing a toned down rendition of The Backstreet Boys’ I Want It That Way that put the final nail in Gardner’s coffin, but it just doesn’t seem like he was meant to win The Voice. This was his second time on the talent competition and the singer was bursting with confidence. “It doesn't prove anything if you don't try again,” he said. “I didn't make it the first time and look where I am now.”

Obviously it was too early to make such bold statements though, and Gardner soon found himself on the wrong end of the voting charts. "You guys have been incredible," Carson told them as the results were read out. This week, it was Shakira and Usher's choices for their contestants, that didn't quite pan out.