Great News From Shakira: Pregnant And Raising Money For UNICEF 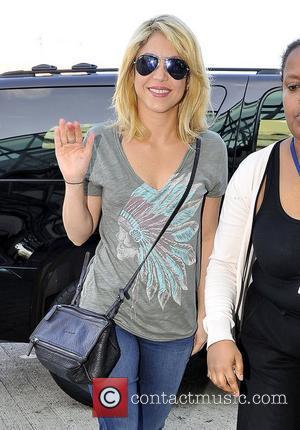 The Columbian pop star Shakira has announced that she and her soccer star fella Gerard Pique are expecting their first child together. Shakira made the announcement in what has now become the conventional manner for all celebrities… yep, you guessed it… via Twitter.

The tweet, which read “We’d like to celebrate the imminent birth of our first child with you all,” was accompanied by a snap of Shakira wearing just a bikini top and a skirt and a similarly topless Gerard, both looking rather sumptuous in black and white and both holding Shakira’s notable baby bump. The due date wasn’t publicised by judging by the size of the bump and of course the use of the word ‘imminent,’ we’re guessing we won’t be waiting too long to meet the new arrival.

The FC Barcelona star and his girlfriend are also making use of the pregnancy as an opportunity to raise money for charity, too. A website set up as Shakira & Gerard Pique’s World Baby Shower allows people to donate to Unicef to help “save children’s lives.” In a video, Shakira explained “As you all know, we will soon be welcoming our first child into the world, and to celebrate his birth, we’ve organized a virtual baby shower in association with UNICEF… In lieu of receiving gifts for our baby, as with a traditional shower, we would like to offer support for babies who live in conditions of extreme poverty throughout the world.” Now – just imagine if Kim Kardashian had had the same idea…

Watch Shakira's video for 'Get It Started'