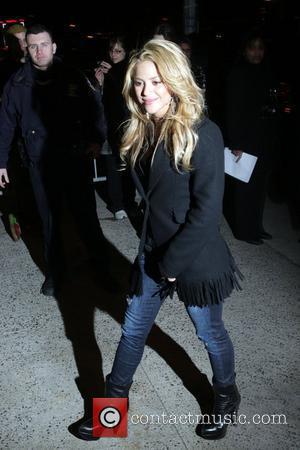 A spokesperson for tennis ace RAFAEL NADAL has brushed off rumours the athlete is romancing pop star Shakira following a series of meetings between the pair.
The Colombian singer's nine-year romance with investment banker Antonio de la Rua has been under scrutiny in recent months as speculation mounts over her relationship with Nadal.
Last March (09), Shakira reportedly cosied up to Nadal in Miami, Florida after watching the athlete qualify for the Miami Masters. The pair was also spotted dining at a hotel in Barcelona, Spain before shooting a video together in the city late last week (ends14Feb10).
However, Nadal's spokesperson, Benito Perez-Barbadillo, is adamant the pair is not involved romantically - insisting that he, Nadal's manager Carlos Costa, and video director Jaume de Laiguana were also at the restaurant.
He tells the New York Post, "We were all there, and Shakira only came when we'd finished the main course to have something to drink, accompanied by her manager, Ceci Kurzman, and Jaume. It was a dinner organised with the director to brief Rafa on what was expected from him in the video."
A spokesperson for Shakira declined to comment.