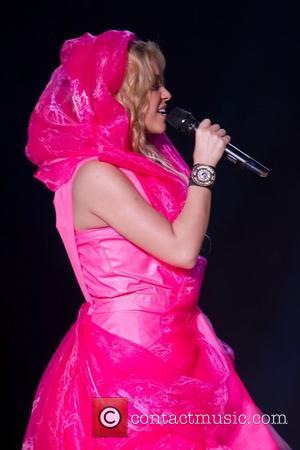 Pop superstar Shakira will be helping fans to raise a toast over the holidays after filming a TV advertisement for a Spanish sparkling wine company in exchange for a big donation to her charity.
The Hips Don't Lie hitmaker shot the Freixenet cava promo in Barcelona last weekend (20Nov10) and she admits she only agreed to the job after drinks bosses pledged to donate 500,000 Euros ($660,000/£440,000) to her Pies Descalzos organisation.
The money will be used to build one school in Haiti and another in her native Colombia, where charity heads have already established six schools.
She says, "Education is a birthright and a quality education is the only tool that a child has to turn dreams into reality.
"Since I was a girl I have been aware of the tough reality faced by many children."