Shakira has joined Disney's 'Zootropolis', with the star set to voice a gazelle and sing in the film. 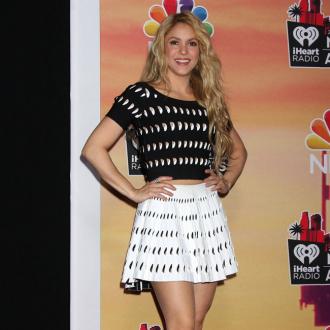 The 38-year-old 'She Wolf' singer has revealed she will voice a gazelle in the upcoming Disney movie - which is set to be released in March 2016 - and will also sing a song titled 'Try Everything' in the much-anticipated film.

Announcing the news to her 34 million followers on Twitter, she wrote: ''I am thrilled to announce that I will be playing Gazelle in @DisneyAnimation's #Zootopia

''I'll be singing a brand new song for the movie called ''Try Everything''! Shak''

The movie - which will be known as 'Zootopia' outside of the UK - will reimagine a world in which humans have never existed, with other stars confirmed for the animated film including Jason Bateman who will play a friendly fox and 'Once Upon A Time' actress Ginnifer Goodwin who will take the role of Lieutenant Judy Hopps.

The film is a collaboration between 'Tangled' director Byron Howard, 'Wreck-It Ralph' and 'The Simpsons' director Rich Moore and 'All of Us' scribe Jared Bush, with 'Toy Story' creator John Lasseter on board as the executive producer.

Meanwhile, Disney are already planning other forthcoming animations and announced a brand new movie named 'Gigantic', based on the tale of Jack and the Beanstalk, at their D23 conference over the weekend.