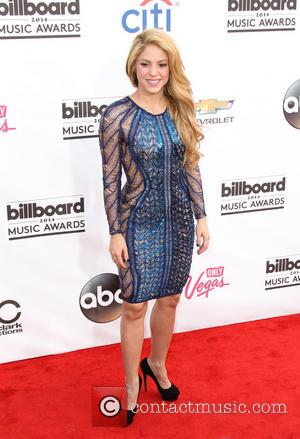 Singer Shakira is paying homage to her musical roots with a new fragrance called Rock!

The Hips Don't Lie hitmaker is launching her fourth perfume, which is provided in a gold bottle shaped like an electric guitar.

According to website Fragrantica.com, Rock! is "an expression of her most daring part and is a celebration the music that moves the world. She wanted to capture that intense, indescribable feeling and moment of anticipation and excitement while going up on stage."

The exact release date for Shakira's new scent has yet to be revealed, but the mum-to-be took to Twitter.com on Wednesday (03Sep14) to assure fans Rock! is "coming soon".