Shakira ditched plans for a sexy music video so she could make a ''crazy'' one with Dizzee Rascal. 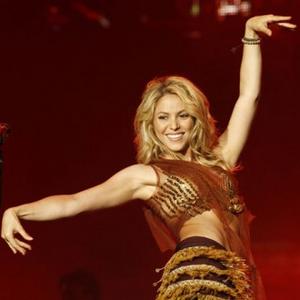 Shakira scrapped a music video so she could work with Dizzee Rascal.

The Columbian singer - whose new song 'Loca' features Dizzee - had originally planned to film a sexy video for the track on her own but called in the 'Bonkers' rapper when she changed plans and decided on something a little more "crazy".

A source said: "The lyrics of 'Loca' are about Shakira being crazy so she wanted a video that really showed her personality. She decided it would look great having Dizzee film her playing around and capturing it all in YouTube-style clips.

"In some scenes, he points the lens at himself so it's clear who is recording. It's a much more natural vibe with Shakira running around causing Mayhem in Barcelona."

Dizzee - who is hoping the collaboration will help him break into the American market - also quickly ditched his holiday plans to make the video.

The source explained: "It's funny because Dizzee was actually about to go on holiday to the British Virgin Islands but he dropped everything to join her.

"Right now Dizzee isn't widely known In America but 'Loca' is shaping up to be a worldwide smash and will open a lot of doors for him. Plans are afoot for him to perform the song with Shakira when her tour comes to the UK in December."

The video hit the headlines last month when Spanish authorities fined Shakira for dancing in a fountain without obtaining a permit.