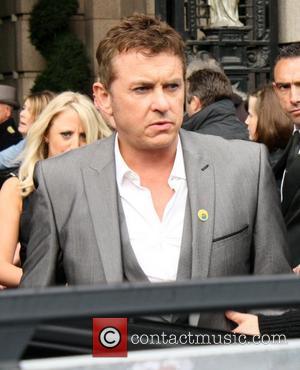 Shane Richie has been granted a second-chance by his wife Christie, despite having a six-year affair with a young fan. A report in the Sunday Mirror (7th August 2011) revealed how Shane first met Alison Hall at the stage door when she was just 13-year-old, later hiring her to run his fan site.
Despite the revelations, Richie and his wife are looking to move on with their relationship. Speaking yesterday, the star's agent said the pair, "have been aware of these allegations for some time and remain fully united to each other and their family". A friend of the couple echoed the comments, noting, "Christie knew about these allegations a while ago and is still with him. That in itself speaks volumes" Shane first visited Alison at her home when she was 20 years old and the couple began an affair shortly afterwards. Ms Hall, now 29, revealed, "He was insatiable. Once I was trying to play it cool with him and ignore him. Eventually he sent me a text saying his dog Harley had died and I felt sorry for him so I replied. As soon as I did he asked if he could come over. After we had sex he said, Harley would've liked that". The affair finally came to an end in December 2009 when Alison sent Shane's wife an email and later confessed in full.
Richie, an actor and comedian, is best knowing for his long-running role as the likeable landlord 'Alfie Moon' in Bbc soap opera EASTENDERS.