Country Superstar Shania Twain Will Bid Farewell To Her Trusty Tour Bus By Putting It Up For Auction After Wrapping Her Final Tour On Tuesday (27oct15). 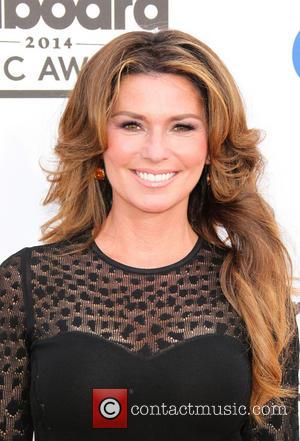 The singer has been on the road for the Rock This Country shows since June (15) and she will bow out of the live circuit with her last gig in British Columbia, Canada on Tuesday night.

Twain has been travelling across North America on her luxury Marathon Entertainer Prevost bus, which cost $1 million (£625,000) to build back in 1999, and now she is preparing to move out once and for all.

The grey vehicle boasts separate front and rear living quarters, with an extra large kitchen and recording space. Twain has even included photos of herself autographing the kitchen cabinets and a door for the CCP Auctions website.

The tour bus will be among the lots up for grabs at the annual Toronto Classic Car Auction on Saturday (31Oct15).