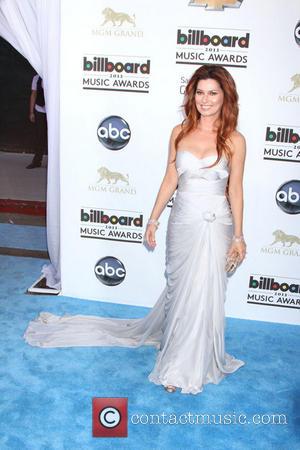 Country superstar Shania Twain threatened to pull the plug on her Las Vegas residency unless her sister agreed to serve as the show's back-up singer.

The musician kicked off her Shania: Still the One show at Caesars Palace in 2012, almost eight years since she last performed on stage.

In order to help her gain the courage to get back in front of thousands of fans, she called upon the help of her family, specifically her sibling Carrie.

In an interview with U.S. chat show host Ellen DeGeneres, Twain explains, "My sister used to sing with me when we were little kids and decided it wasn't for her.

"Putting the show together in Vegas, I thought, I really need all my comforts around me to get the courage to do it. And of course having my sister there was the ultimate support.

"So I said, 'Carrie you can't just be there behind the scenes. You gotta get up there and sing with me and hold my hand through this', so vocally she does."

Luckily, Carrie shares the singing gene with her sister: "On the records, I do a lot of my own back-up singing and a lot of the harmony. She sounds really identical to me so it was ideal. I said to her, 'Listen, if you don't do it I'm not going to Vegas.' So she felt a little pressure but she agreed to do it."

Twain's residency in Sin City is expected to run until the end of 2014.