The former sportsman was slapped with legal papers in 2014 after allegedly mocking Jahmel Binion, who suffers from genetic disorder hypohidrotic ectodermal dysplasia, on social media by making disparaging comments about his looks in a 'selfie' he had posted online. The photo depicted Binion with facial deformities, patchy hair growth and missing teeth, which are all symptoms of his rare condition.

O'Neal subsequently apologised, but it wasn't enough and Binion demanded damages of $25,000 (£17,360). However, the sports icon hit back, insisting there was nothing defamatory about his post as he only shared the image with the caption, "Smile today". He also shot down Binion's invasion of privacy claim because the picture was made public when he posted it on social media.

The case went before a Michigan judge, but was reportedly dismissed last year (15) after the court official ruled the defendant had no ties to the state.

However, he was allowed to refile the lawsuit in a Florida court and in January (16), O'Neal was ordered to attend a mediation hearing. He failed to show up and his lawyers were subsequently fined $13,100 (£9,100) for not informing O'Neal he had to appear in person.

He was ordered to attend the next hearing, but last week (ends18Mar16) the two parties agreed on a settlement to have all the claims dismissed, according to TheJasmineBrand.com. 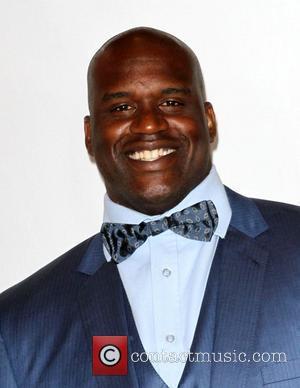