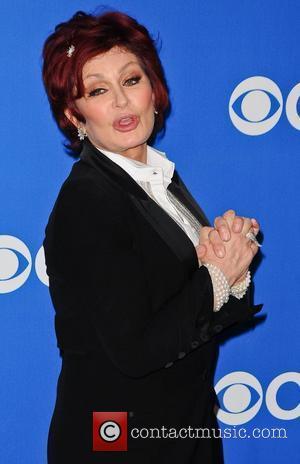 It's not like Sharon Osbourne to have an opinion on someone is it? The 'America's Got Talent' judge has been offering her views on fellow panellist, shock-jock Howard Stern, after appearing on 'The Anderson Cooper Show,' according to USA Today. Unsurprisingly, given that he's not an Osbourne, the outspoken wife of Ozzy Osbourne finds him a little odd, as she said so herself - "He's amazing but he's very awkward to work with, quite odd," see.
Continuing, she added "Well he's kind of like very straight. (At) 12 o'clock doors shut in his room, he meditates for 20 minutes. I'm like, 'Oh, shut up.' That's bloody ridiculous and he meditates and he only eats fish. Fish and old smelly vegetables, spinach." Apparently he's also "picky about everything" too, with Osbourne shocked that he says things to her like "'You're making too much noise, turn the music down, don't slam the door".
His biggest crime however appears to be refusing to allow Sharon to butt into his life. "He won't let anyone in the dressing room, and, see, I'm nosy," she understated. "I like to have a good mooch around to see what everyone's up to. Always. And nobody's allowed in. He's got two big bodyguards that are outside his room." A woman who put her whole family through a globally distributed reality television show not understanding the notion of privacy - fancy that.