Rock Matriarch Sharon Osbourne Made An Emotional Return As Co-host On Her U.s. Daytime Show The Talk On Tuesday (23jun15), Exactly One Month After Collapsing From Exhaustion. 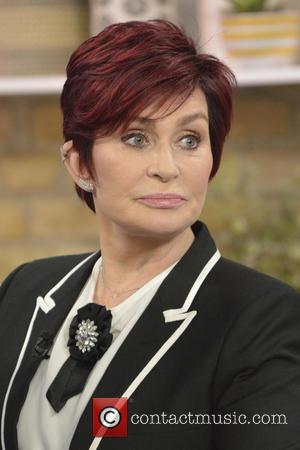 The music manager-turned-TV personality took a leave of absence from the series after collapsing from "mental and physical fatigue" at her Los Angeles home on 22 May (15).

Doctors advised the 62 year old to rest for the next four weeks amid concerns she had returned to work too soon after her hernia surgery in March (15) and a subsequent battle with pneumonia, and she agreed to take some time off.

However, Osbourne was back at The Talk on Tuesday, when she brushed away tears as she reunited on air with her celebrity co-hosts Aisha Tyler, Sara Gilbert and Sheryl Underwood.

Opening the show, actress Tyler addressed Osbourne's return and told her, "Obviously we just want you to know how much we love you and how much we missed you."

Osbourne responded by expressing her gratitude to her friends and family for standing by her during her health setback, stating, "First of all, I want to thank everyone for being so, so supportive. You've all been amazing: my friends, my family and CBS has been so supportive of me.

"It's not been good but I hit a bump in the road and now I'm back. So thank you all for waiting for me."