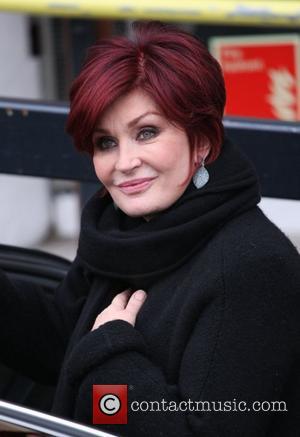 Sharon Osbourne constantly has to reassure her rocker husband Ozzy Osbourne she's not having an affair with her longtime make-up artist.
The rock matriarch has used the same man to prep her for photoshoots and TV spots for years, and he's become one of her closest confidants - but she insists the relationship is purely platonic.
She says, "My husband still thinks that I'm having an affair... I would say, 'No, he has a partner, he's really not into me.'"
But Sharon admits her hellraising husband is suspicious despite her incessant denials. And she even set up a meeting to introduce Ozzy to his partner in hopes to ease the tension.
She explains, "At the end I said, 'Please bring your partner, let's have a meeting with Ozzy and get this out in the open.'
"So he comes, he brings his partner. Ozzy's giving him the once over and he goes, 'What do you do?' He says, 'I'm an actor.' He goes, 'See! They paid you to be here! You aren't friends with him! You probably don't even know him.' They held, they kissed. (Ozzy) didn't believe it."