Osbourne Lied About Mum's Death To Get Out Of Japan Tour 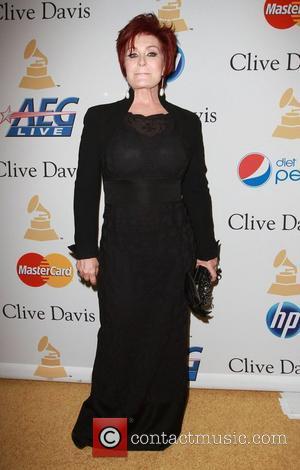 Sharon Osbourne once had to fake her mother-in-law's death to excuse her husband OZZY from a tour of Japan after the rocker became too drunk to board his flight.
The Black Sabbath star spent years battling drug and alcohol addiction and was once so inebriated, his manager wife Sharon had to lie to Japanese concert promoters, so they could axe his shows.
Detailing the incident on her U.S. daytime show The Talk on Thursday (24Feb11), she explained, "My client, my husband, he was misbehaving. He had this huge tour of Japan, all done, tickets were all sold out, everything. The day he was meant to arrive at the airport, I couldn't get him on the plane because he drank too much.
"So I'm thinking, 'Japan, they look at it as being really rude if you say you're gonna do something and you don't, and especially for a show'. So I called them up and said, 'I'm sorry, Ozzy won't be coming to Japan.' (They asked), 'Tomorrow?' 'No'. 'In a week?' 'No'. 'Why is he not coming?' 'Er, his mother just died.' So that was fabulous, everybody felt really bad, they excused him."
But Sharon's tall tale almost caught up with the stars on another promotional trip to Japan a few years later, when Ozzy Osbourne's mum passed away for real.
She says, "He went back again and he was really sad and they said, 'What's the matter Ozzy?' He went, 'My mother just died' and they said, 'Hold on, but your mother died three years ago.' And he goes, 'Oh no, that was my stepmother!'"