Sharon Osbourne 911 Tape: Could This Be Why They Split Up?

Sharon's 911 call reveals some insights into the couple's turbulent marriage. 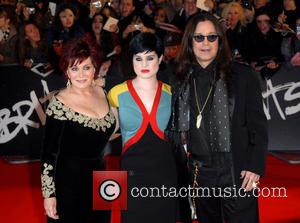 A bit of celebrity drama always helps the day move along, but Sharon and Ozzy Osbourne’s marital strife looks too serious to be entertaining, especially after the Sharon Osbourne 911 tape was leaked. According to a report by TMZ, the recording from 4.45AM on January 17 this year features a less than coherent Ozzy Osbourne and a frantic Sharon, asking for help after an unattended candle lit a table at their home on fire. This was during the time when Ozzy was still abusing drugs and alcohol, before his 45 days and counting sobriety streak.

Apparently, in the tape, Sharon sounds like the one who was caught unawares by the fire. Additionally, Ozzy reportedly doesn’t sound like himself. The situation prompted a lot of speculation from various media sources, but in reality, very little is known for certain, even with the evidence on the tape. The candle accident may or may not have had something to do with the couple’s separation, but according to Sharon’s statements, Ozzy’s addiction certainly did. In fact, the reality star has set an ultimatum for her rockstar husband – she will only take him back after he’s been clean for months. And after a year and a half of substance abuse, the condition seems completely reasonable. Sharon vows to only take back Ozzy after he's clean.