Sharon Osbourne claims she has never had nice neighbours and is always throwing stuff onto their property. 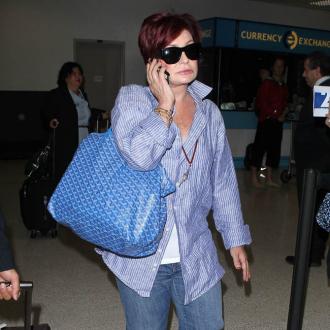 Sharon Osbourne claims she has never had nice neighbours.

While defending the late Whitney Houston's daughter, Bobbi Kristina Brown, 20, for lashing out at a neighbour in a nasty note after they complained to police that she was making too much noise in her apartment, the 60-year-old star revealed on her CBS chat show 'The Talk' that she has never liked anyone that she has lived next door to.

''One side of me, this man used to sing all night long, sing with a whole group of people, hideous, and I used to throw things over the wall at him, meats, all kinds of stuff. The other side were the rich b***hes and they had everything. They were so rich, it was disgusting. However, they accused my cat of pooping on their tennis courts, so I got all the poop I could get from the kitty litter and I would chuck it over every day.''

Sharon, whose marriage to Ozzy Osbourne is back on track after a turbulent few months, during which he became reliant on prescription drugs and alcohol again, is currently commuting between Los Angeles and the U.K. so she can appear on the day-time talk show, which she has co-hosted since 2010, as well as 'The X Factor'.