Sharon Osbourne Apologises To The Hosts Of The View 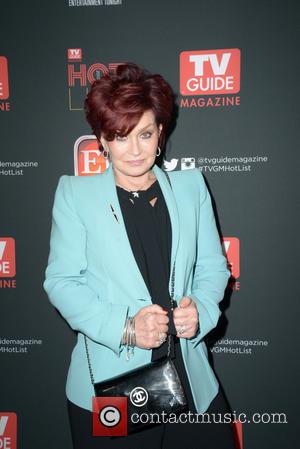 Tv personality Sharon Osbourne has apologised to the hosts of U.S. talk show The View for telling them to "go f**k themselves" in a recent interview.

The rock matriarch was asked what makes her show, The Talk, different from newswoman Barbara Walters' magazine series, The View, when she appeared with her co-hosts on late night host Arsenio Hall's programme on Wednesday (06Nov13).

Co-host Julie Chen began with a diplomatic answer, and said, "We do not discuss politics. We do not debate. You know I always say The View has changed over the years as the players have changed," but Osbourne quickly interjected, saying, "Stop being polite. Cut to the f**king chase. This is the situation. The situation is... Barbara: Idolise her, divine, she is super-human. I love Barbara Walters. The rest can go f**k themselves."

However, on Thursday (07Nov13), Osbourne realised she went too far and took to the airwaves to offer an apology.

She said, "I have to own this, I'm fully responsible for myself... and unfortunately I was inappropriate and I was trying to be funny at somebody else's expense.

"I want to apologise to (The View stars) Jenny (MCCarthy), Sherri (Shepherd) and Whoopi (Goldberg), who are all accomplished self-made women who have amazing careers; they have achieved so much... Please understand it was irreverent behaviour and no disrespect (was) meant. I'm not a person that is mean... and I apologise."

The View, which has been a daytime staple in the U.S. since 1997, is currently hosted by Walters, actress Goldberg, former Playboy model MCCarthy and comedienne Shepherd.